Amorphous (thin film) technology is most often seen in small devices such as calculators or solar powered garden lamps. Amorphous Solar Panels are made by depositing a thin film of silicon onto a sheet of another material such as steel. The panel is formed as one piece and the individual cells are less visible than in the mono or poly types.

Amorphous cells are known to perform better in higher temperatures. However, overall the Amorphous solar panels offer lower efficiency when compared to crystalline cells. They require as much as 2.5 times more surface area than mono or poly solar cells. This can be critical if limited north facing roof area is available or if there is a possibility that you may want to expand your system at a later stage. 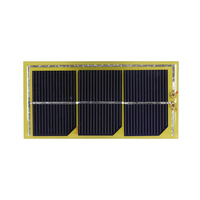